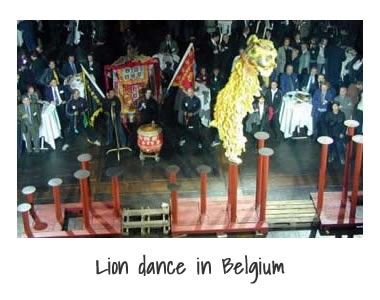 Together with Wong Man Sun from Antwerp (Belgium) training started in Merksem (Belgium). In the early years the focus was on traditional patterns like 'searching the snake', 'seven stars around the moon' and 'the crab' and on performing lion dance on Chinese benches and pots. Another important event always was, and is, the Chinese new year celebration. Sifu Jie his unicorn and lion dances are very popular in the Chinese community. Before Chinese newyear requests to perform during the celebrations come from all over Holland and Belgium (up to the French border). Some large cities where his team performs are Antwerp (Belgium), Rotterdam (Holland) and The Hague (Holland) 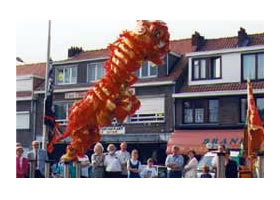 Later on video tapes with lion dance tournaments from Malaysia found their way to Europe. Lion dance has developed in a different way over there. In Malaysia they played lion dance on high poles. And the way to play the lion is adapted to that. Traditional lion dance focusses on power and stability but the Malaysian way puts more focus on acrobatic jumps on heights upto 3 meters. After seeing this Sifu Jie and Mr. Wong started to specialize in this direction. First training was on low poles. Later on higher poles were build. Nowadays the 'modern' Malaysian way to perform lion dance has become popular over whole South East Asia and competitions are held on a regular basis. 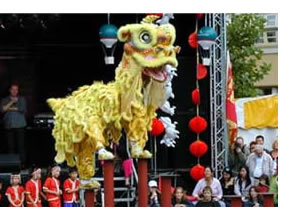 Sifu Jie has traveled abroad with his team for a number of occasions. His team joined competitions in China and Hong Kong to gain experience. In Europe a lot of prizes were won. 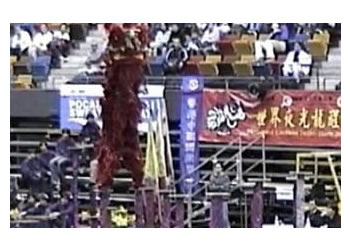 Every year, for about 25 years now the Pak Mei Kung Fu Student association performs with Chinese New Year in The Hague together with a combined team from Jie Kon Sieuw Pak Mei clubs from The Netherlands and Belgium.